Labour returns to City Hall this week holding both the Mayoralty and as the lead party on the Assembly – the first time one party has controlled both since 2008. Of the 25 seats on the Assembly, Labour hold 12, the same as in 2012. Labour gained 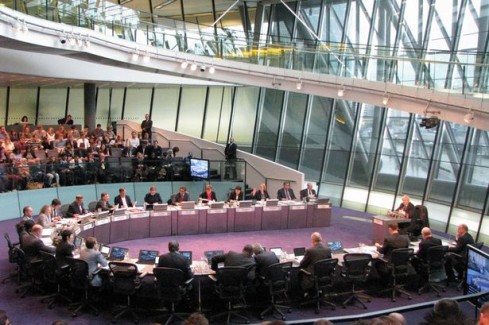 Labour returns to City Hall this week holding both the Mayoralty and as the lead party on the Assembly – the first time one party has controlled both since 2008.

Jennette Arnold returned a record-breaking 134,000 votes in North East while new Assembly Member Unmesh Desai got close to that in City & East. South of the river Len Duvall was returned for a fifth straight term in Greenwich & Lewisham whilst Lambeth & Southwark elected new AM Florence Eshalomi, a sitting Lambeth Labour councillor. Labour lost votes in both Barnet & Camden and Brent & Harrow, both areas with a large Jewish population where the party’s recent anti-Semitism issues probably had an impact.

Although there was only one change of political control in the 14 super-constituencies, there are five new constituency AMs. There are also five new London-wide Assembly Members so 10 of the 25 person London Assembly will be serving for the first time. Shaun Bailey (Con, London-wide) is perhaps the most notable of these. He was the unsuccessful Conservative candidate for Hammersmith in the 2010 general election and was widely touted as a Tory to watch.

The Liberal Democrat decline in London continued on the London Assembly, with the Party reduced from two down to just a single seat for their Mayoral candidate Caroline Pidgeon. Two other Mayoral candidates also made it into the Assembly – the Green’s Sian Berry and UKIP’s Peter Whittle. The other Green seat went to Islington councillor Caroline Russell whilst UKIP gained two seats, repeating their feat from 2004. Sophie Walker, the Women's Equality Party leader came close to a seat after a very effective campaign.

The first meeting of the new London Assembly will take place on Friday, with the Chair, Deputy Chair and new Committee Structure to be agreed. We will be watching.