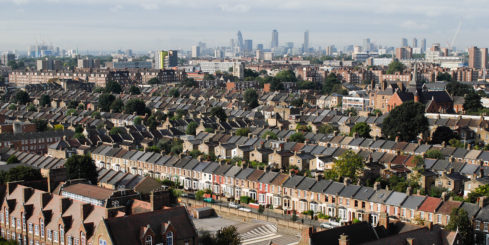 A blog on the new draft housing strategy, by Jenna Goldberg

The Mayor’s new, draft housing strategy, published last week sets out a grim and stark context; there is a housing crisis and the situation as it stands is unacceptable and is affecting all Londoners. Renting a one bed flat here costs as much as a three bed place anywhere else, one in four young nurses expect to leave London in the next five years due to housing costs, between 1997 and 2016 the capital’s population grew by 25%, our housing stock increased by just 15%.

This litany of ills lays the groundwork for a much more interventionist approach than under his predecessor. Unlike Boris and even Ken, Sadiq now seems to be committing firmly to a position, developers take note. For those of us in the industry, the signs have been there for a while; he has been reticent to be seen parlaying with the private sector since his election (though he has deployed a smart and likable proxy in his place in the form of Deputy Mayor James Murray), often to the dismay of those who feel that they are the only ones delivering the homes he needs.

Indeed, the manner of the document’s publication is worth dwelling on. In August, a month not known for its hard-hitting news agenda, the Mayor made four announcements; a £25m investment in ‘Pocket homes’ for first time buyers, a 50% affordable quota for housing built on public land, a 100% affordable housing site in Waltham Forest and a new rough sleeping taskforce. Much of this was captured in the Affordable Housing and Viability SPG which was also published in high summer. Sadiq also had a pop at Wandsworth Council over the level of affordable housing at Battersea Power Station. And then, in the week immediately preceding the strategy’s publication, Sadiq called on Government to appoint a Social Housing Commissioner, called on Government to increase council tax charges on empty homes, called on Government to devolve control of stamp duty receipts and finally rejected proposals to lower the proportion of affordable housing on the site of the former New Scotland Yard.

Have you spotted the theme?

So why the campaign?  Why has Sadiq ramped up the rhetoric now? Firstly, we can’t underestimate the impact of Grenfell and the issues of housing quality and economic inequality that this has raised. Second, there’s a bit of ‘offence is the best defence’ at work here. One of the main criticisms levelled at Sadiq in the first year of his Mayoralty was that he struggled to move from campaigning to governing and the last six weeks have been his rebuttal to this. He knows that the perception (whether fair or not) is that he got off to a slow start and that the numbers don’t look good and this is his response. Reading between the lines, the message is that though his powers are limited by a centralised Government, where he does have clout, he is planning to use it.

Of course, that might be the message but the proof will be in the pudding. Sadiq, whose manifesto was the longest on record for a London Mayoral candidate, is clearly into long lists and promises. The question is how many of these 235 pages are of substance and action. Conservative Assembly Member and housing spokesperson Andrew Boff has for example noted that the banner pledge, a new £250m fund to buy and prepare land for affordable homes, is a little murky on detail. Read one sentence beyond the headline and already the language is hedging with ‘an intention to earmark £250m’.

To be fair though, we must consider what levers the Mayor actually has to pull. When it comes to getting homes built, there are perhaps three:

1.       Though he is largely dependent on handouts from Government, he can lobby for money and he can direct where the money goes once it is received.

2.       He can impose targets on local authorities, support or oppose their efforts, or take over decision-making on strategic applications as he has done on some high profile schemes recently.

3.       He can set planning policy and in particular can enable and direct development on GLA-owned and other public land.

With a record affordable housing settlement from Government and some major partnerships with Housing Associations already announced, that first lever is certainly down and Sadiq has now moved on to the second and third.

On lever #2, there are a few carrots and sticks being proffered towards London’s local authorities; the former in the shape of increased use of CPO powers, more support for housing zones and an interesting new social enterprise, Public Practice, formed earlier this summer by the Mayor, that will place ‘outstanding planning, design and regeneration practitioners into councils for one year placements at affordable rates’ in order to address the resourcing challenge faced by cash-strapped boroughs.

Stick-wise, it’s about targets and identifying more small sites as they’re quicker and easier to develop than grand brownfield projects. Meanwhile, Sadiq’s revival of the Right to Buy debate – how these sold-off homes are replaced and who gets to keep the money – which last reared its head during his election campaign, is well-intentioned but it is simply not within his gift to address in any meaningful way.

Given the limits to his powers, it is unsurprising that it is the last lever that he has pulled the hardest. Most of his new policy guidance was captured in the draft SPG published in mid-August and it would be tough to argue that the Mayor’s position on affordable housing percentages and viability is unclear (deliver 35% affordable housing, 50% on public land, otherwise undertake a full viability assessment). Indeed, it would be a brave developer who would now put forward a large scheme that didn’t look like it was trying hard to meet his requirements, regardless of when the land was bought and how much was paid. Sadiq and his team are obviously confident that this won’t scare anyone off, and are not intimated by the industry’s constant reminders that ‘50% of nothing is nothing’.

The strategy also promises a much more proactive approach to the land market and in particular in enabling (where necessary by ‘directly intervening’) the release of more land for housing and by using his new £250m fund to buy and assemble private land, a quite different approach for the GLA. Though there is no movement on greenbelt protection, there are some words on density that may be music to developers’ ears and some interesting practical ideas when it comes to encouraging more Build to Rent homes.

In contrast, the knotty issue of Industrial Land is not addressed head-on. The Mayor recognises its importance for the sake of jobs and economic growth but also notes that it’s not always in the right place or fit for purpose. The strategy goes so far as to include some warm words on co-location and more efficient use of space but this is an area that Deputy Mayor for Planning, Regeneration and Skills, Jules Pipe, is exploring at the moment. It is likely to be addressed more fully in the revised London Plan due to be published in draft form later this year.

By all accounts, there is something here for everyone and much credit must surely go to James Murray, 16 months of talking to every facet of the industry on top of his previous local authority experience has clearly paid off. The early reception has been warm and it has been noted that between this, the SPG, the Mayor’s Transport Strategy and the forthcoming draft of the new London Plan, we now have a much clearer handle on what action we could see from Sadiq on housing over the remaining two and half years of his first term.

The draft Housing Strategy is now subject to consultation over the next three months and will then be adopted formally ‘in 2018’. You can download it here and take part in the consultation here.

This is clearly not a comprehensive summary of the document. If you would like to know more about a particular issue please do contact the LCA Research Team via Jenna Goldberg on jeg@londoncommunications.co.uk.