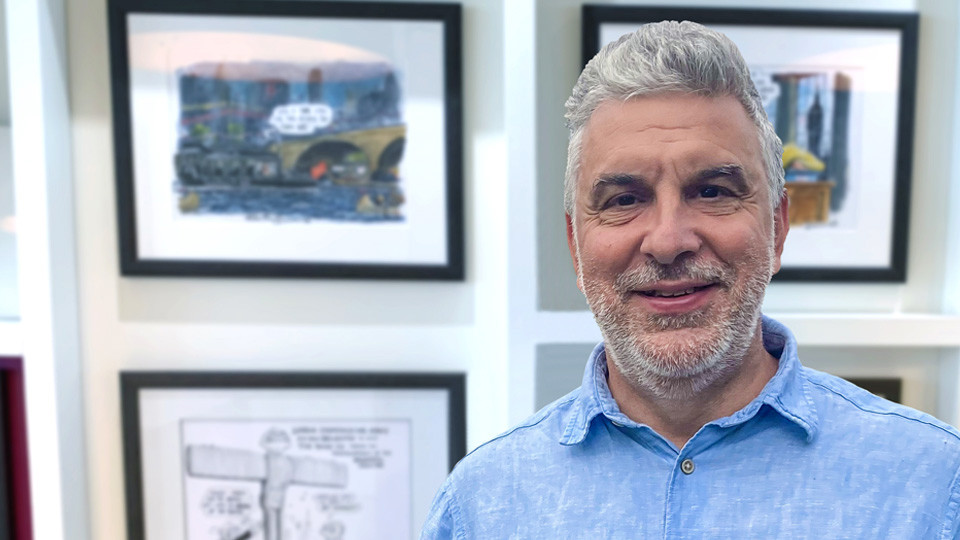 Paddy brings a wealth of experience to LCA, gained from a career spanning more than 30 years on national newspapers and in political communications, including for five years as Sadiq Khan's Director of Communications at City Hall.

As Senior Advisor, he will help clients navigate the network of London and national decision-makers and influencers, from the corridors of power and business boardrooms to the heart of the capital's distinct and varied communities, enabling them to sharpen their messages, tell their stories, cope with crises and achieve a wide range of successful outcomes.

His years as a Lobby journalist and communications expert mean he is at home in any political sphere, from the crucibles of Downing Street and City Hall to the day-to-day delivery of local government.  Similarly, his time as a City editor has left him acutely attuned to the needs and responsibilities both of businesses and public-sector employers.

Paddy is an enthusiastic team player who believes that by far the most important thing about any organisation is the people who work in it, and he has spent years mentoring, both officially and unoffically, younger colleagues, sharing with them his experience, knowledge and contacts, and learning large amounts from them along the way.  It is a two-way process and one he sees as crucial both to personal development and the overall success of any enterprise.

After leaving Oxford University, Paddy joined the Express and Echo in Exeter, and went on to work on The Sun, The Daily Express, The Evening Standard and The Sunday Telegraph, where he was political editor for 10 years.   He covered all the big domestic and international stories for more than two decades, contributing some major scoops of his own, conducting a range of big-name interviews and making regular appearances as a TV and radio pundit. In 2013 he joined the Labour Party as its Deputy Director of Communications, including for the 2015 general election, advising both the Leader of the Opposition and the shadow cabinet.

In 2016 Sadiq Khan asked Paddy to be Director of Communications for his victorious mayoral election campaign and then to perform the same role at City Hall.  He spent the following five years at the mayor's right hand while London went through one of the most tumultuous periods of its history, including the aftermath of the Brexit referendum, terrorist attacks, the Grenfell Tower fire and the coronavirus pandemic.

Paddy was a would-be actor whose roles at university included a leather-clad DJ in Stephen Poliakoff's Hitting Town and, for some reason, several characters who met grisly ends on stage, including St Thomas A Becket. His performances attracted 'mixed' reviews - which is the reason he wisely decided on a different career path. As a political journalist and communications adviser, he met British prime ministers, US presidents, Nelson Mandela and Boris Yeltsin, but he says a large part of what he has learned about leadership came from his decade as captain, team selector and kit-washer for the Lobby XI football team and dealing with its powerful and occasionally competing egos. He was born in London, has spent virtually all his life there, supports Chelsea and lives with his partner Marcela in Kingston.