'Yes he Khan' – Sadiq Khan has won the Labour nomination for the London Mayoral election next year defeating his nearest rival Tessa Jowell by a surprising 59% to 41% in the fifth and final round of voting. A few weeks ago Jowell was 8% ahead of Khan 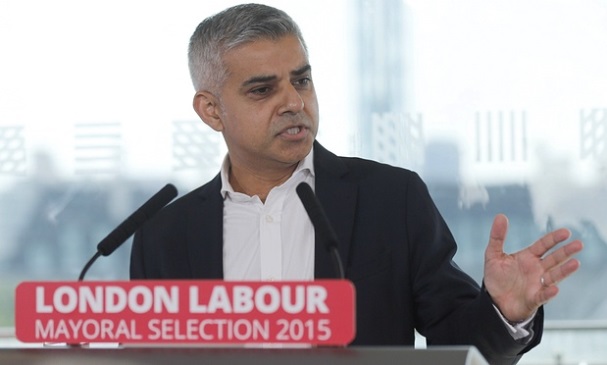 'Yes he Khan' – Sadiq Khan has won the Labour nomination for the London Mayoral election next year defeating his nearest rival Tessa Jowell by a surprising 59% to 41% in the fifth and final round of voting. A few weeks ago Jowell was 8% ahead of Khan in the polls so his victory is a remarkable achievement – a testament to Khan's campaigning energy and also as a result of the surge in those people affiliating to the Party to vote in this and the Leadership elections.

As with the General Election, where Khan was Labour’s London campaign manager, the Tooting MP covered the length and breadth of the capital, building on the support of 18 of Labour’s 45 London MPs and eight Borough leaders including Lewisham's Sir Steve Bullock, Islington's Richard Watts, Brent's Muhammed Butt and Hounslow's Steve Curran. He also had the backing from six of the large trade unions. The other four candidates – Diane Abbott in 3rd place, David Lammy in 4th, Christian Wolmar in 5th and Gareth Thomas with the lowest vote – all finished some way back after failing to really breakthrough in the campaign.

So what swung it? Many have already pointed to the Jeremy Corbyn factor and the number of new 'affiliate' Labour members who voted for Khan, many of whom are calling for a shift leftwards in the leadership of the Labour Party. Khan was strongly ahead of Jowell in even the first round of voting and then garnered significantly more votes in the subsequent rounds than his main rival. The final tally of 58.9% to 41.1% shows this to be a significant win.

The scale of win shows how toxic the ‘Blairite’ tag really is amongst this electorate and it will now be fascinating to see how Khan engages with Corbyn if he too triumphs tomorrow (Saturday 12 September), and in particular how visible Corbyn is on his election campaign trail.

In terms of policy themes, Khan has focussed much of his attention to date on the housing crisis and in particular the rental market. He has become one of the most vocal champions of rent caps and plans to introduce a London Living Rent for newly built properties, to be set at no more than one third of average incomes. He also wants to introduce a not-for-profit lettings agency for the capital – something that Ken Livingstone, one of his most high-profile supporters, looked at before the 2012 Election – and says he will seek the power from Government to freeze rents in the private sector too.

In terms of driving housing numbers Khan has stated that he will oversee a ‘London Homes Team’ within the GLA rather than setting up any new external organisation. He would introduce a new ‘London Home Bond’ to bring private investment to help build more social rented homes and work with the boroughs to build new council homes. And like Livingstone, Khan said he will reinstate the 50% target for affordable housing on new developments. He has also talked about addressing 'buy to leave', something that he highlighted in the 2015 General Election campaign.

On transport, Khan has promised a four year public transport fare freeze on entering office and one hour bus tickets. On aviation he came out in objection to a third runway at Heathrow over the summer, something that he used to tentatively back, and has suggested his support for a second runway at Gatwick. Recognising that air quality is moving up the political agenda, Khan has also stipulated that he would keep high-polluting vehicles out of central London and will consult on expanding the proposed Ultra Low Emissions Zone.

In other areas Khan has advocated the devolution of skills and further education to the mayoralty and will put a strong emphasis on increasing apprenticeships. He is also keen to make the capital the first Living Wage City, ensuring that the current £9.15 per hour is rolled out throughout London. However, interestingly he has so far said very little about policing and crime.

Whatever your views on the right and wrongs of these policies, Khan has already set out a robust policy agenda and clearly he will be working through the detail of these policies over the coming months.

We now turn our attention to the Conservatives. The Party's candidate is expected to be confirmed on Thursday 1 October and Zac Goldsmith is the strong favourite. Now that Khan is the Labour candidate, we expect a more personal battle than if it had been Tessa vs. Zac. 'Son of a bus driver vs. son of a billionaire' could well be leapt on by sections of the media and we are likely to see Khan pushing out messages about understanding 'ordinary' Londoners.

Khan will certainly pull on all his experience of leading the Labour campaigns in London in the 2014 Local Elections and 2015 General Election. Whilst Labour underperformed in the rest of the UK at these elections, it made significant gains in London – Labour now controls 21 of London’s 32 boroughs (up from 20 at the local election after John Biggs won Tower Hamlets in June) and the Party gained seven more MPs in 2015.

Khan's ability to mobilise the Labour machine quickly and strongly will be key as Zac Goldsmith would be a tough opponent and the Conservatives will be looking to Outer London in particular to pick up significant votes, which is exactly the strategy which propelled Boris into City Hall in 2008.

However Khan is a fierce campaigner and he will be able to call on a lot of talent from local Government and beyond. The big unknown next May will of course be the national context – and in particular the Labour one if the Party is indeed led by Jeremy Corbyn.

What we can say with certainty is that it is going to be a fascinating battle in the run up to 5 May 2016 and that LCA will be monitoring this all very closely.