Centre for London have issued their second series of essays, sponsored by CapCo, and this one is all about technology.  The 13 essays vary from the possible impact of automation on London to mapping the city’s data.  The authors are similarly varied 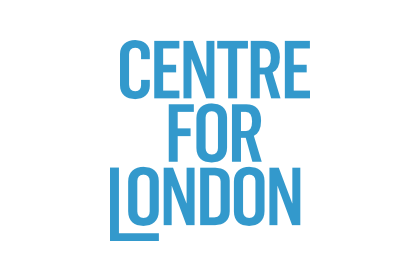 Centre for London have issued their second series of essays, sponsored by CapCo, and this one is all about technology.  The 13 essays vary from the possible impact of automation on London to mapping the city’s data.  The authors are similarly varied from UCL to McKinsey and in this issue include three well known political figures of London – Dame Tessa Jowell, Steven Norris and Stephen Greenhalgh.

The strength of these essays is three-fold.  First the range of topics covered, second the simple but effective lay-out and design, and third their brevity.  Short, sharp and focused, the essays throw up some startling facts and raise some potent questions for London.

Greenhalgh, in his essay about policing and crime in the digital age, comments that the average court case takes longer in London than  anywhere else – 165 days -  a remarkable amount of time and he notes this has remained stuck at this level for some time.  He goes on to list three simple ways technology can help in reporting crimes, engagement with the public more generally and crucially enhancing the force’s accountability.

Max Nathan in his essay on London’s digital economy starts with him noticing all the people working away in the Hoxton hotel in Holborn.  100 yards from my office I can attest to how this has hotel become the informal office of many young technology entrepreneurs and he cites the importance of this “soft infrastructure” for places seeking to attract young professionals – something many developers should consider.  Yet he also points out that the capital’s broadband speeds are 38th out of 45 major cities in the UK (not even Europe).  A lamentable performance for our capital city.

Steven Norris, the former Mayoral candidate and Transport Minister, makes the case for road user charging.  No, not congestion charging which he says has had its time, but technology savvy pricing that can impose higher costs on journeys that have the greatest negative impacts.  With air quality now one of the top issues for the Mayoral election next year, perhaps its time is coming. And Norris rightly notes that around £18bn of taxes raised from road users currently is not spent on improving roads, which suggests that the Government could easily invest some of this in kick starting this technology.

And in her essay on the sharing city, Debbie Wosskow notes that the Chancellor, George Osborne, has announced the launch of two pilot sharing city schemes in Leeds city region (focusing on transport)  and Greater Manchester (focusing on health and social care) to be launched in 2015/16.  This builds on work done in cities like Amsterdam and Seoul.  I wonder when these will happen and what London might learn from them?

I could go on, but suffice to say these essays are a good and thoughtful read.  Well done Centre for London.