General Election Results Briefing - 12 June 2017   We were supposed to have a year off elections! But as we all know, that wasn't the case after the Conservatives called a snap General election on 8 June 2017. With the results in, the nation is 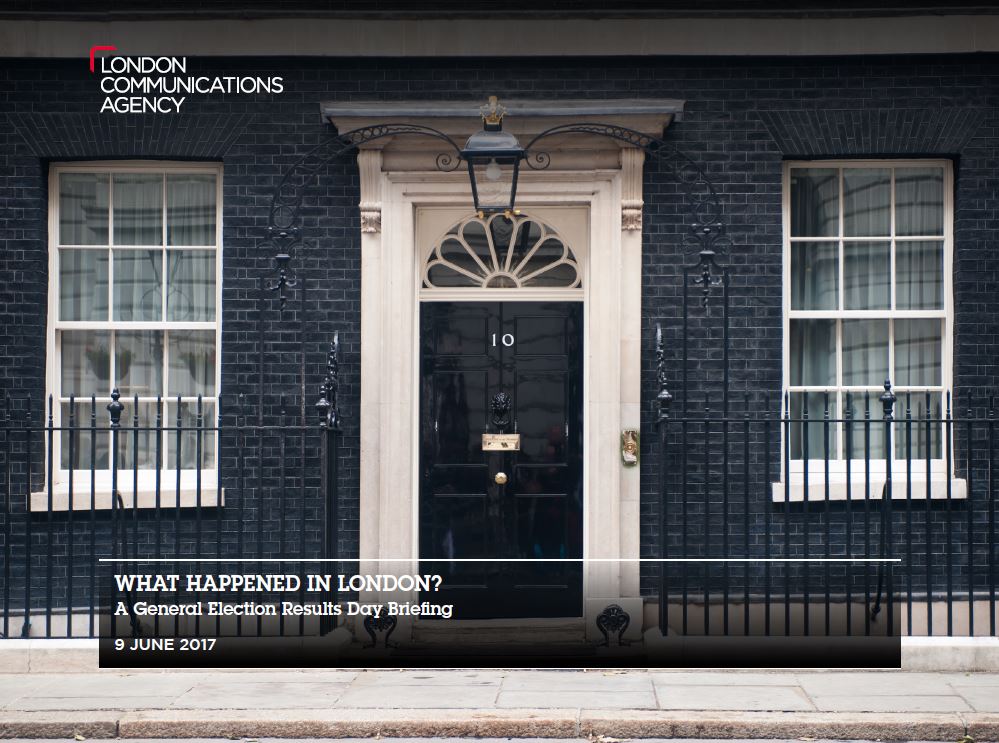 We were supposed to have a year off elections!

But as we all know, that wasn't the case after the Conservatives called a snap General election on 8 June 2017. With the results in, the nation is coming to terms with the latest unexpected result after the polls once again failed to predict the outcome.

As we love to do, LCA has analysed the results in London and produced a Special Election results Briefing.  LDN subscribers were able to take an early look the day after the election and we have now made the briefing available for all to view! You can Download your copy Here.

This briefing considers the national headlines, the London story for the three main parties and taken a look at the 20 or so most interesting or eyebrow-raising results in the capital.

With our usual mix of graphics and commentary we hope you find this a useful take on what is of course a developing story and we will be providing the complete set of results and further analysis in our next regular edition of LDN – London in short.

Our thoughts in summary are:

- Labour has surged in London again. The party has made several spectacular and unexpected gains. It has also slashed Conservative majorities elsewhere and created a whole swathe of fresh marginal seats. Some Labour votes and majorities in London are huge.

- The Conservatives failed to win a single seat off Labour, gaining only Richmond (Zac Goldsmith) back from the Lib Dems and even then by a total of just 45 votes.The Lib Dems have failed to make a breakthrough in London. The personal profile and support for Vince Cable and Ed

- Davey helped them win back their old seats in the south west of London, but elsewhere their vote has suffered badly.

- Labour local authorities in London will be feeling much more confident in the run up to the May 2018 local elections, whilst Conservatives in Barnet and even Wandsworth will be very nervous.

- However the victory will also strengthen the Momentum wing of Labour in London and we could perhaps see de-selection of some councillors perceived to be too centrist in some parts of London. This could well have an impact on the agenda of some Boroughs from May 2018.

- Nationally of course, we will see real uncertainty. May’s position is severely weakened – possibly fatally so – and another general election later this year must surely be a strong possibility.

As ever, we will follow developments closely and interpret what it means for our clients. Please get in contact if we can help in any way and I hope you enjoy the briefing document.