By Emma Crowe   The NLA’s fourth annual London tall building survey has been released and the pipeline of tall buildings has increased once again to 455 towers – despite 2016 being a year of uncertainty. You can read the full results 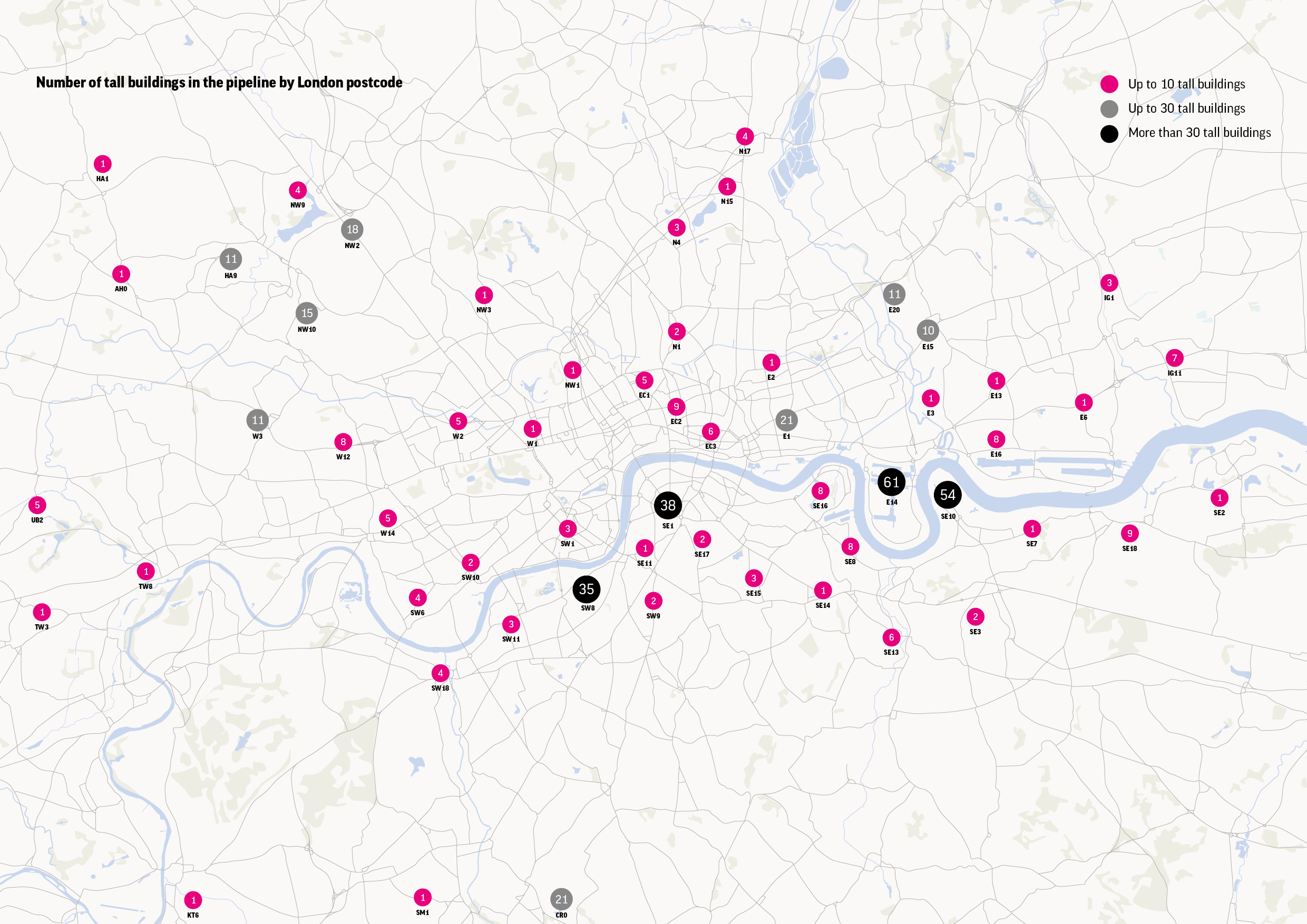 The NLA’s fourth annual London tall building survey has been released and the pipeline of tall buildings has increased once again to 455 towers – despite 2016 being a year of uncertainty.

You can read the full results here.

Perhaps this is no surprise given the long timescales involved in bringing a tall building (over 20 storeys) forward including the design, planning and financing. But it is nonetheless fairly impressive to read that construction began on 48 tall buildings - almost one tower a week - and there was a rise in the number of completions from 10 in 2015 to 26 in 2016.

When I look at the towers on the London skyline I tend to think of office developments but as this, the only comprehensive review points out, the primary use of the tall buildings in London is residential (92%) - 24 of the 26 tall buildings completed last year were residential towers. There are 65,000 homes currently under construction in London – of those approximately 30% are in tall buildings. So those in a tall building are very much the norm rather than the exception.

And these homes aren’t just being delivered in central London either – there has been a small but steady increase (5%) in tall building development in outer London which looks set to increase in the future with the promotion of local regeneration and Opportunity Areas.  Three boroughs – Westminster, Sutton and Barking & Dagenham – now have tall buildings which had none last year and looking ahead I think we can expect to see them in locations like Walthamstow and Enfield.

It looks like the GLA is now heeding the NLA’s recommendation from previous years and is looking to establish a London-wide digital 3D model so that decision makers – and the public – can check that new developments are making a positive contribution to places. Hopefully this model will be well on its way by the time the next report is published and the first draft of the London Plan will be out.

By 2018 we’ll also be in a better position to see the real impact, if any, of the recent market disruption and whether instead the pipeline will have grown even further as more tall buildings are earmarked for the suburbs to meet our ever increasing housing need.